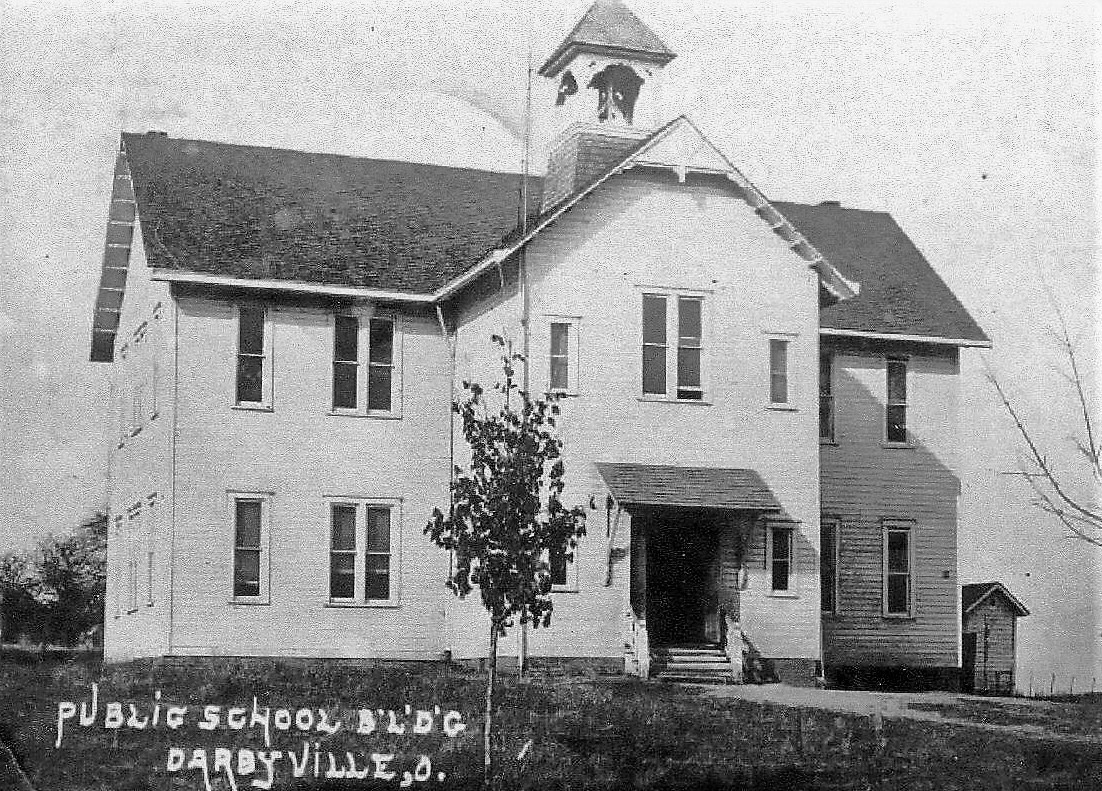 Muhlenberg Township of Pickaway County, Ohio was erected from Jackson, Scioto, Darby and Monroe Townships on December 8th 1830. It is the smallest and last township created in the county. Like many newly laid out land areas it takes its name from a person of recognition. Jackson and Monroe being named for Presidents and Scioto and Darby have Indian backgrounds. Scioto is the Indian name for “soft water” and Darby was the name of an Indian Chief of the Shawnee who once roamed these townships. His name was also given to the creek that runs through the township from the northwest to the southeast on its way to contribute to the Scioto River.

Between the Scioto and Miami Rivers, Virginia Military Grants were given to its Revolutionary Soldiers according to their rank. General Peter Muhlenberg owned 1700 acres, Henry Baldwin, 1200 and Henry Massey, 1200. Carter, Copeland, and others had large tracts that were surveyed about 1796. General Muhlenberg was an Episcopal minister. One Sunday he came in his robes and preached a farewell sermon, threw off his robes and was clothed in a colonel uniform of the Continental Army and enlisted a regiment from his congregation. There is no record of his ever seeing Ohio, but the township was named for his youngest son, Francis Muhlenberg who settled on the land. Francis married late in life and left no descendants to pass down the name.

Records show that in 1875, a townhouse was erected on the main street in the village of Darbyville, this being the only town in the township. The first townhouse was built at the cost of $1200 dollars. It contained 2 floors and a basement – the first floor built by the township and corporation, the second jointly by the Good Templars’ and Good Samaritan Grange and the basement housed a two cell jail.​

A complete history of the township can be found in the History of Franklin & Pickaway Co. Ohio Published by Williams Bros. 1880 pp. 333-340 found in a public library, or the Genealogy Library at 210 North Court St. in Circleville.